A Veteran’s words that provide a visually mind-bending story of a moment in time, and yet…

From RockVets Newsletter, June 2016
Rerun on June 2018 – in his memory
By Jerry Donnelan

It was the 24th of October, 1969.  We were on a Search and Clear Operation which, a few months earlier, would have been called a Search and Destroy Mission.  However, the grown-ups further up the chain of Command for some reason felt that search and destroy sounded too violent — so it became Search and Clear.  We did exactly the same thing.  Who knew that the politically correct police had its roots back then?

I was an Infantry Buck Sgt. – 3rd Platoon, Company D, 3rd of the 21st, 196th Light Infantry Brigade working off LZ Center.   Why it was called Center wasn’t hard to figure out.  It was right between LZ East and LZ West.  That was home although we spent very little time there.  Most of our time was spent in what we called Indian country wandering the Central Highlands – although I guess we couldn’t call it that today. We’d have to call it Indigenous Personnel Country.  At 22 I was the second oldest in my company.

The Highlands from a distance looked like the Catskills, only the vegetation was a bit different.  They called this Triple Canopy Jungle.  It was so dense that at noon on a sunny day the floor of the jungle would seem like night time.  The temperature and humidity both were around 100 and to add to the fun of this sleep away camp, we’d have to carry anywhere between 80 and 100 pounds on our back – 8 pounds of which was water that was far more valuable than a number of other things we carried, especially the food.

In those days it was C-Rats or C-Rations some of which you literally couldn’t eat.  There was one can that contained ham and lima beans.  We would pray that we were resupplied before we got to the bottom of our rations and had to eat that!  Many of these meals had nicknames but in polite company they can’t be printed.  This stuff would truly gag a maggot!

To give you an idea of the toll that takes, when I got to Vietnam I was 6’2” and weighed 185 pounds and was in reasonably good shape.  When I got home I weighed 122 Pounds.  To be fair, part of that weight loss was my right leg.  But still even considering that, it’s a fair amount of weight to drop in a relatively short time.  I mean how much could a leg just below the knee weigh?  15-20 pounds? Anyway, it happened on Hill 370.  A couple of clicks off of the LZ.  I remember it was very loud.  The loudest thing I ever heard.  There was a huge fireball and I was thrown…I’m guessing 10 yards… landing on my back and I knew it wasn’t good to be lying out in the open.  My 12-gauge was gone.  According to the Geneva Convention we weren’t supposed to have scatter shot weapons.  But they issued Model 37 Ithaca pumps.  The Army also gave the Duper gun (M79) guy a canister round, which made the 79 a super-sized shotgun.  But then again, I never saw a referee out there to enforce any of these rules.  A buddy seemed to be comforted by the fact that the Geneva convention said they could shoot you but they couldn’t eat you.

So I picked up my right arm and it fell off mid shaft – between the wrist and the elbow.  What they call a double-compound fracture – 2 bones sticking out of each half of a bloody hunk of meat.  And yes, your bones are white.  Using my left arm, which had also been wounded, I carefully placed the broken right arm across my chest and lifted up my left leg to try and see if I could push my way back to cover.  That leg was riddled with shrapnel…the inside of which looked like hamburger meat.

I carefully placed it down and lifted up my right leg…it was gone.  That was kind of hard to wrap your head around.  Even though I didn’t feel pain – at least the kind of pain that you think would accompany what I was seeing, there was a terrific burning sensation.  Since my limbs weren’t working too well, I tried to prop myself up on my left elbow to see if I could see anyone.  However, leaning forward caused a bloody head wound to run into my eyes, which blinded me.  Just then I felt someone grab me.  Not being able to see I didn’t know if it was the enemy or one of my own guys.  Of all the things that were going on, that was simply the most terrifying.  I was totally helpless.  Thank God it was our medic – God bless him – without regard for himself.  He started working on me.  He shot me up with morphine for the pain, which you think would help.  However, it had kind of an opposite and frightening effect because as the drug began to take effect I didn’t know if it was the drug entering my body or life leaving it.
Read More 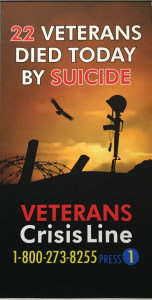 Your ticket for the: Vietnam Memories Linger